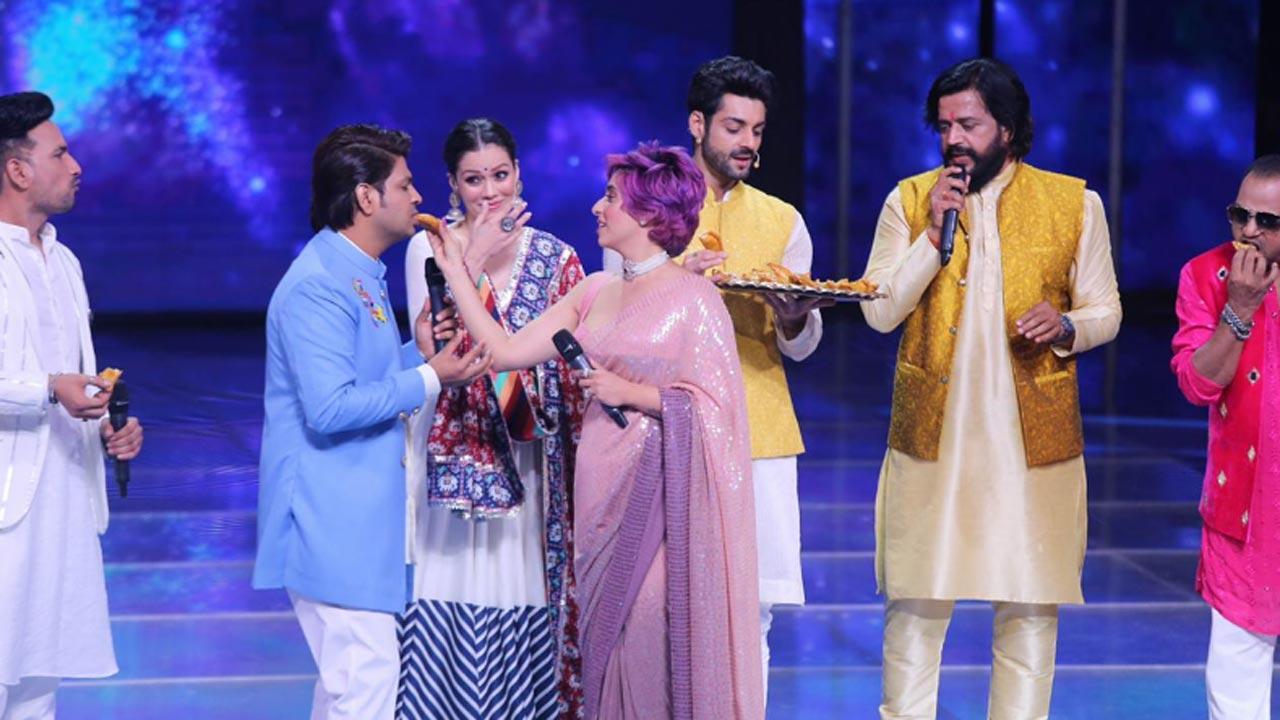 After a mind-blowing Super Match between all the six teams, this Sunday`s episode of Indian Pro Music League (IPML) witnesses the first league match of the third innings of the Indian Pro Music League with team UP Dabbangs taking on team Delhi Jammers. While the teams went all out to impress everyone with their singing skills, it was the special guest of the night – Ravi Kishan who stole the show.
During the shoot, the Bhojpuri superstar kickstarted Holi celebrations on the show with team Delhi Jammers and UP Dabbangs performing to ‘Do Me A Favour Let’s Play Holi.’ From Sajid Khan to Neha Bhasin, Payal Dev, and Ankit Tiwari, all the star singers were seen celebrating with Ravi Kishan. But that wasn`t it! Ravi also had a special treat for all the team. He had got special Banarasi ‘Gujiya’ for all of them, which he distributed on the stage.
Talking about being part of the show, Ravi Kishan mentioned, “Honestly this is the first time I have seen so many artists, different kinds of people, different kinds of singers on such a huge platform like Indian Pro Music League and witnessing something so grand. I am so happy to be a part of this show and to be celebrating Holi with them. Of course, I am from UP and I have a special liking for the team, but I am an Indian first and all the regions the other teams are representing are also a part of India, so I will not be biased and will support all the teams present here.”
While our beloved Ravi Kishan will surprise you with some incredible performances, wait till you see the musical battle between Delhi Jammers and UP Dabbangs as they go all out to win this league match. Zee TV`s latest non-fiction property, the Indian Pro Music League (IPML) is a unique music league, which has six teams representing different regions of India, battling it out against each other in a musical championship. Each of these six teams supported by leading Bollywood and sports celebrities has top playback singers as their captains, one reality show star, one all-rounder, and one fresh voice.