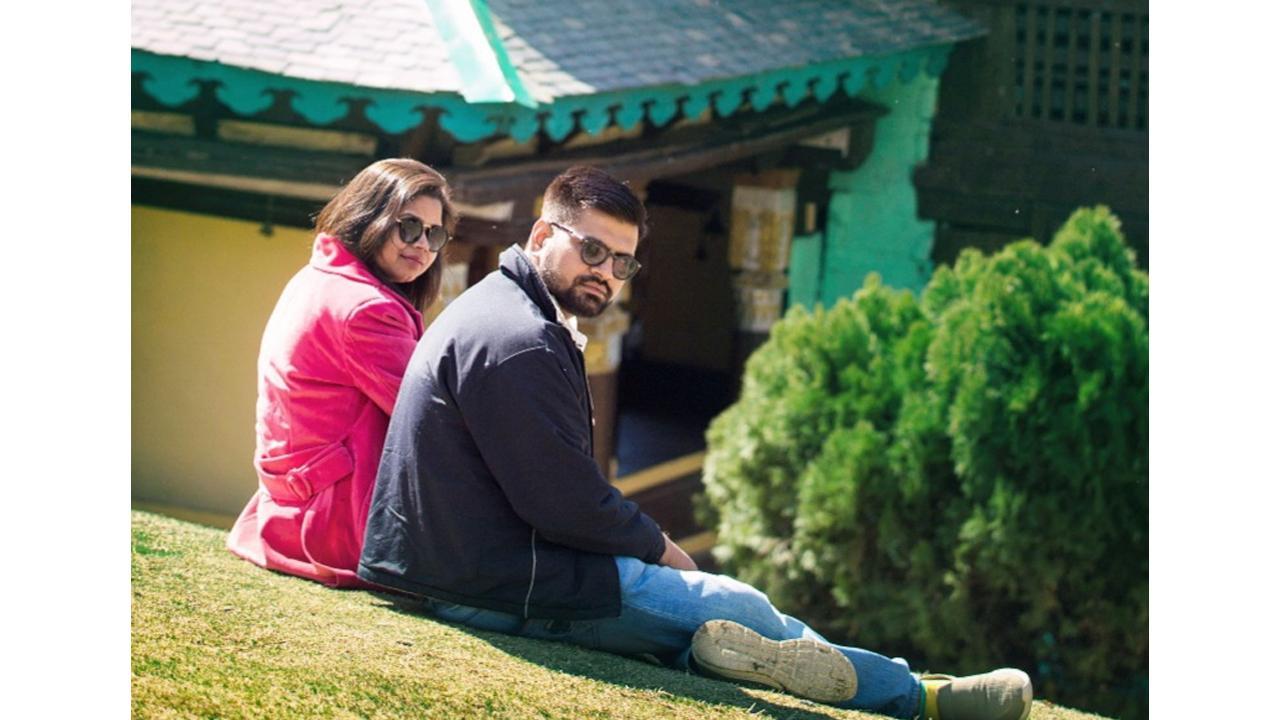 Producer Neeraj Kumar Pal started his production house this year in 2020 with his better half Seema Pal.  Neeraj is a writer and Seema is inclined towards graphic designing where she has won accolades for designing logos for many established brands. Pure Picture Pvt Ltd is an India based production house that is passionate about making meaningful stories.

Talking about Neeraj Kumar Pal who started with producing one of the finest television show ‘Pyaar Ke Papad’ for Star Bharat which was a comedy series and this year ventured into his production house ‘Pure Picture Pvt Ltd’ with a short film ‘Ice Cream Wala’ for MX Player which received a lot of appreciation and has been nominated in the 6th Khajuraho International film festival. The production house envisages being a full-fledged media firm that is engaged in various creative endeavours is feature films, web-series, short films, television programming etc.

Talking about the duo where Neeraj Kumar Pal has been a part of television shows like Nimki Mukhiya, Kal Bhairav, Savdhan India, Chandra Shekhar and many more and Seema Pal has a creative aptitude for branding and creative solution for business.

Knowing there wasn’t a lot to laugh about for the audience in the entertainment genre is what made Neeraj eager to come up with a show which can spread some happiness and can be watched with anyone. ‘Chatni- Khatti Meethi’ on Digiflix TV. The 6 episodes series is written by renowned writer Ranveer Pratap Singh who is well established for his work and his recently released web series on Alt ‘Paurushpur’ which has been the talk of the town.

Commenting on this, Neeraj Kumar Pal, Writer, Producer and Co-founder, Pure Picture Pvt Ltd, said, “Stories are something that inspires me to tell and that’s what made me turn to a producer. I believe that integrity and honesty coupled with talent and hard work can create a product that can truly stand out. For us, our talent and the people with whom we associate are of paramount importance and it is the team success that matters most. Today the audience is looking for real stories which can be relatable and a line which I will like to say is “Kahaniyan hamare aaspaas hi hai, bus unhen dekhne ka nazarya chahiyeh”. We are open for fresh stories which even an aspiring writer has or if it’s some one’s real experience which we can tell through the making process.  Also the digital platforms are helping makers to bring stories for the audience and I am eagerly waiting for my upcoming work to hit the digital screens soon.”

Sharing her thoughts, Seema Pal, Founder, Pure Picture Pvt Ltd, said, “In today’s time what attracts is the entire packaging that’s the story, the production value, the branding, the graphics and a platform which can help the content to be viewed. Each aspect is what needs to be made of high quality and that’s what we work towards. Through Pure Picture what we will like to bring for the audience is stories which will make them believe in and are more progressive.”

Pure Picture Pvt Ltd has been selective in choosing the work and known for delivering the best. At present the production has been working for one of the most popular shows on Shemaroo TY ‘Jurm Aur Jazbaat’ produced along with writer Jyoti Sharma. The show is hosted by Ronit Roy who presents spine-chilling stories of crime. Talking about another one is a feature film titled ‘Keeda’ for BiiggBang for which the details will be shared soon on the cast by Neeraj and Seema.