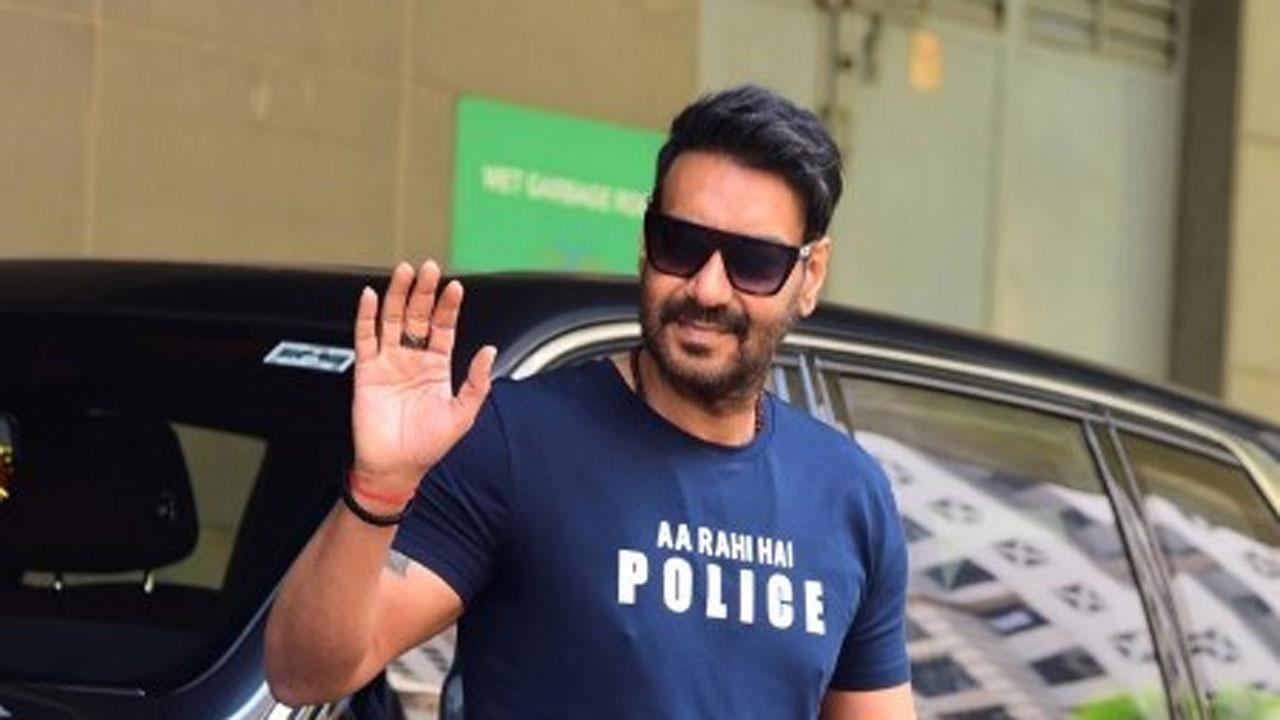 As Bollywood star Ajay Devgn ringed in his 52nd birthday on Friday, actors including Anil Kapoor, Riteish Deshmukh, Madhuri Dixit Nene, Sanjay Dutt, and others extended heartfelt wishes on social media to make the day even more special.
By sharing a picture of having lunch together, the ‘Ram Lakhan’ star took to Twitter and sent good wishes on Ajay’s birthday. He wrote, “Happy Birthday, @ajaydevgn!! Wishing you a great year filled with health, success & happiness! Looking forward to watching #TheBigBull!!”

The ‘Ek Villain’ star took to Instagram and shared a portrait of the birthday boy to extend birthday greetings to his ‘good friend’.

My dearest dearest AJ -you are not only a good actor but a great friend too. I wish you a fantastic birthday 🥳- time to reunite soon – and do loads of Dhamaal…… love you @ajaydevgn #HappyBirthdayAjayDevgn pic.twitter.com/rVAz4OHd74
— Riteish Deshmukh (@Riteishd) April 2, 2021

Ajay’s ‘Lajja’ and ‘Total Dhamaal’ co-star Madhuri shared a picture with the birthday boy and sent warm greetings on the special occasion on Twitter.
“Wish you a Happy birthday @ajaydevgn. From #Lajja to #TotalDhamaal it’s always a wonderful experience working with you,” she tweeted.
Sanjay Dutt shared a photo with Ajay as they posed for a photoshoot and extended birthday greetings on Twitter. He wrote, “Happy Birthday brother @ajaydevgn! Wishing you a year ahead filled with love & happiness. Love you!”
Ajay who has delivered multiple blockbuster films is part of several franchises and has carved out a niche for himself through his diverse projects.
He can undoubtedly be termed as one of the most influential actors of Bollywood and has appeared in over a hundred Hindi films. In 2016, the actor was conferred with Padma Shri, the fourth-highest civilian award in India, for his contribution to the world of Hindi cinema.
This story has been sourced from a third party syndicated feed, agencies. Mid-day accepts no responsibility or liability for its dependability, trustworthiness, reliability and data of the text. Mid-day management/mid-day.com reserves the sole right to alter, delete or remove (without notice) the content in its absolute discretion for any reason whatsoever